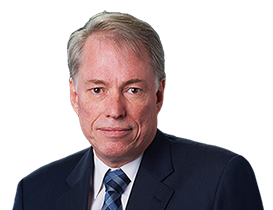 Phillip Greenham LLB, BSc is recognised by a wide variety of eminent institutions, publications, and the legal profession itself, as one of Australia’s foremost construction lawyers.

He is one of only five practitioners in Australia invited to join the International Academy of Construction Lawyers. He is a Senior Fellow (Melbourne Law Masters) and long-time Guest Lecturer at the University of Melbourne.

Recognition by many international industry publications include his status within the legal profession as one of the ‘Most Highly Regarded Individuals’ in the Asia-Pacific region (‘Who’s Who Legal’).

Phillip’s advisory subject matter has been as broad as the many and varied elements of the construction industry itself, and has been provided to an equally wide-ranging client base.
His clients have included a significant portfolio of government departments and agencies. Among his many specialist assignments, for example, been his six-month secondment to the General Counsel Division of the Defence Materiel Organisation.

One of his particular specialties is the development of procurement methodologies and contractual terms which satisfy government policy requirements, providing solid protection and meeting with the approval of central government agencies, whilst at the same time ensuring the active and enthusiastic support of the marketplace.

His work has certainly not been limited to government clientele, however, and Greenham has advised many of Australia’s largest private sector corporations – organisations like Coles Myer, Colonial First State and Grocon.

He has advised on, drafted, and negotiated contracts implementing a wide variety of procurement methodologies, including traditional construct only, design and construct contracts, Managing Contractor (MC) contracts (both traditional and enhanced), alliancing contracts, Early Contractor Involvement (ECI) contracts, Public Private Partnerships (PPPs), among many other formats.

He has also worked with the gamut of industry standard contracts, modified them and provided advice on the administration of those contracts. These industry standard contracts have included the suite published by Standards Australia, the GC21, the ABIC suite, the JCC suite (now redundant), the PC1, the FIDIC suite, and the suite utilised by the Commonwealth Department of Defence (including the Defence Materiel Organisation, prior to its disbandment).

Drawing on the substantial depth and breadth of his expertise and experience, he provides “cradle to grave” support, beginning with the design of procurement methodologies, on through the management of tender processes, the drafting and negotiation of contracts, support for contract administration, and dispute avoidance and resolution.

Feedback from one-day training seminar for the Department of Environment, Land, Water and Planning, April 2016

The teaching standard was extraordinary. Presentations from Phillip Greenham … were obvious highlights. Phillip’s presentations were compelling in manner and substance. He cuts through concepts in a very easy to understand fashion and is a credit to the program.

Feedback from the University of Melbourne's week-long intensive Masters of Construction Law (for non-lawyers), February 2016

Phillip Greenham combines expertise in front‐end and back‐end aspects of construction law with three decades of experience in representing both public and private clients. He is adept at advising on construction project administration and procurement methodology, and is regarded as ‘one of the heavyweights’ of the practice area by his peers

Greenham is commended for his marvellous practice, covering commercial front-end work as well as claims and dispute resolution. Clients praised him as a ‘go-to lawyer’ who is ‘consistently top drawer’ in the energy, natural resources and property sectors

Philip Greenham is known as a “sound thinker”, who advises government agencies as well as large private-sector corporations on a wide variety of construction law-related matters